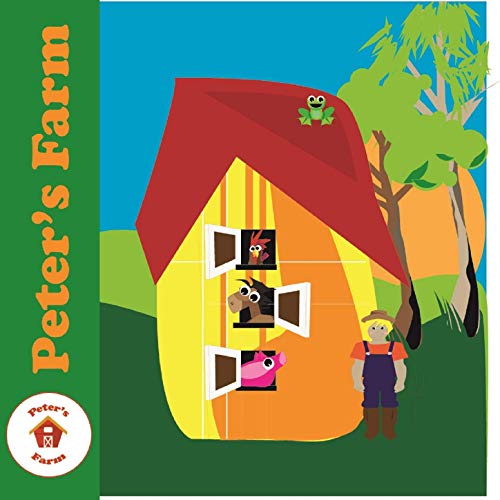 Peter’s Farm is a masterpiece of Children’s music, lyrics and good old fashioned storytelling. The combined efforts of Peter Harmon and David Avery, the compilations have a bright future and are set to become ‘children’s classics’ in the years to come. The very first installment in the series is self titled “Peter’s Farm” and is inspired by Peter’s own farm in the Caboolture Shire in Queensland, Australia. It was here that he began writing lyrics and collaborating with acclaimed musician David Avery.

This first album, Peters Farm – takes you on a technicolour journey around the farm where you will meet colourful characters such as “Silly Billy” the goat, “Daisy the Duck” and a “Piggy Wiggy”. Each song is a lyrical voyage that teaches and inspires children to learn all about the farm and the animals who live their.

After taking us to his farm and even inviting us to a tea party, Peter Harmon’s next expedition is to Australia’s Red centre – The Outback. This album tells stories of our native Australian creatures and includes timeless tracks such as “Let all snakes be” and “The Owl and the Potroo”.

The other ventures in the anthology are every bit as entertaining and educational! So far there are five albums altogether and include – Under the Sea – a journey through the deep blue seas, Trains, Boats & Planes – tales of transport and I Want To Be – all about growing up! These collections are set to grow in the near future and we can look forward to seeing the visual journey appear on tv screens with animated episodes that take you through the Peter’s Farm journey from farm meadows to rolling waves and beyond.