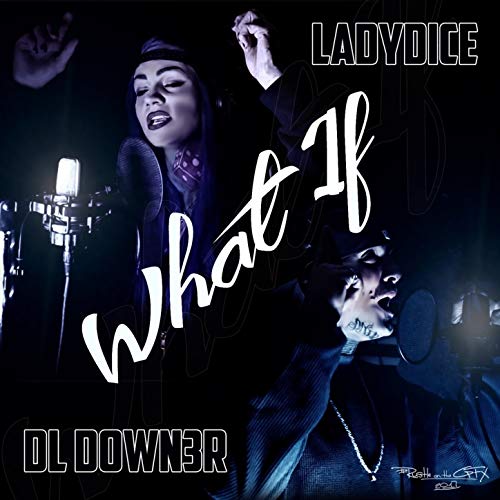 Fans of LadyDice standing in Solidarity with "What If"!

If you’ve followed the one and only Ashley Dice AKA LadyDice on social media, lately you probably noticed something happening on her Facebook! www.facebook.com/BadmouthBetty

Followers have been posting on her timeline repeatedly, standing in solidarity regarding the BLM protests, the riots, and other current societal issues regarding racial tension. And they’ve been sharing a particular track to voice this… but before we get to that, it’s important that it be said – LadyDice stands with her followers, and with the others on the streets!

Lately, times have been sad for many, the world over. But hopefully at the end of this, we can all come out in a fairer society to all. This is the position LadyDice has taken, as have her followers! Merely scroll down a bit on her profile, and they’re all standing there with her. The song they’ve chosen as their anthem? “What If” by LadyDice and DL Down3r.

This track has been going strong since its release in 2017, and it’s oddly prophetic now of all times, especially LadyDice’s verse. Despite being catchy, the track is saturated with hopeful ideals, and even though it was relevant back at its release, it’s like we’ve come full circle now that these societal issues have erupted once again in 2020.

“What If” is seeing a lot of internet traction lately due to all this, and it’s little wonder to see why. What with Down3r and LadyDice teasing their reunion for a music video on DL’s Facebook, and now this, it’s starting to feel like 2016/2017 but with coronavirus on top of everything else. One thing’s clear, these are dire times for all. 2020 is the worst year we’ve seen in a very long time.

But, that’s not all there is to it. During all of these crises, societal shifts, viral threats to our lives, and other such trials, people still stand together in solidarity. That is the beauty of the human race, and LadyDice and her crew are representing it in a big way!

And for the few of you in the readerbase who are STILL unlucky enough to have not heard of Down3r, the other half of LDDL, after all this time, and aren’t sure where to start, consider this an introduction to the rest of your hip hop life!