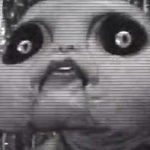 Greetings, folks! It’s the moment you’ve all been waiting for – today’s issue of “Planet Of The Japes!” With me, your host, Allen the Alien. It’s not racist if an alien endorses it, settle down. Yeah, talking to you, Venutian in the back. Shut the hell up and stop heckling.

Tonight we have a very special show! We “borrowed” a few humans from their households, since we noticed they were all cooped up due to a microscopic life form causing them to run in fear! I know, right? Aren’t humans so weak?

…no, nobody thinks War Of The Worlds was an historic account. No, we didn’t try to invade Earth and then die to a common cold! What propaganda have you been swallowing down? Someone throw that guy out before he spouts any more heresy.

As I was saying, we took a few stir crazy humans outta their nests, then showed them a bit of the good ol Cadillac Bill show. And I, Allen The Alien, oversaw it all! I’m the prettiest thing you’ll see in these teaser shorts, so enjoy me while I last on screen. Let’s play the first one, ladies and gentlemen!

Wow, folks. He hit that TV just as hard as life hit his face with the ugly stick! (Friendly reminder that those in the audience who refuse to cooperate with the “LAUGHTER” and “APPLAUSE” guideline lights will be terminated on the spot as per subarticle C section 3A of the Utopic Martian Treaty.) Let’s check out another one! Same formula, different goon.

Per audience demand, we gave him the chair, the fire extinguisher, and the sledgehammer, and it’s good to see he knew which was the audience favourite by gut instinct alone! Hahaha. There were no survivors.

Let’s check out the next one, folks!

That’s the kinda beauty we strive for! The beauty that defies all standards of beauty set before it. A formidable lad wanting to hi-5 Bill so much that he broke his PC! Don’t worry, folks. We had plenty more for him. And he broke those too. He also broke his hand. Y’know what they say about human ingenuity is true… because once that happened, he just switched to the other hand and kept punching screens! He’s still screaming to this day.

Moving swiftly along to the next showing…

This guy, along with our following guest, were placed into the wall-paste producing office for a bit of fun. The pressure of the sheer drudgery seems to have gotten to them, right…?

Well, what we haven’t told you is that we exposed these guys to 48 hours of constant Cadillac Bill prior to this. Now, we’re denying them any media at all, unless it’s related to wall paste. We’re also denying them sleep, food, and other essentials. So now they, oddly enough, have an addiction to the show that can never be quenched!

(REMINDER: The audience is required to laugh when the sign is displayed. Please comply.)

We got one last showing scheduled, and it’s from the stardeck of a primitive human craft. We intercepted this surveillance footage of the legendary entity known as Cadillac Bill intercepting this crew and tormenting them. Don’t try this at home – this is the crown jewel of these videos, the true masterclass in showmanship!

Well, that’s all we have time for tonight folks! That was a full schedule, and these promos for the Cadillac Bill show don’t create themselves… eh? What, that’s all of them? We’re not making more? Eh, whether we make more or not, I wanna mess with more humans, so the point’s moot.

Don’t forget to check the mandatory Cadillac Bill Spotify playlist on your way out folks! Physicians say that it’s the number one way to avoid being disintegrated by my security detail! Thanks, don’t forget to spread these promos to those who like to see humans in misery, and good night!