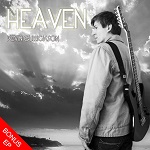 Kevin Gullickson and a throwback to Heaven!

Back in the day, Kevin Gullickson’s band Radio Drive got all sorts of accolades for their stand out hit, Heaven! And today, we take the time to reflect back on that and see just what made this track such a success in the eyes of the music loving public of the day.

Kevin Gullickson’s classic song “Heaven” is a dreamy pop-rock tune with airy and uplifting vibes that encapsulate the essence of his music. The seductive melodies and inspiring lyrics create a magnetic ambience that perfectly depicts the emotive response to the beautiful song. It was produced by Damien Reilly from Blue Pie Records. The song has extraordinary capabilities to seduce and mesmerize the listener, so it comes as no surprise then, that it received an immense array of recognition and praise.

Since the song’s release, “Heaven” has been featured on Al Walser’s ‘Weekly Top 20 Countdown’ show, which is the World’s Number 1 Weekly Syndicated Countdown show out of Hollywood and is broadcasted on over 80 radio stations in over 50 countries weekly, attracting over 12.5 million listeners worldwide. The track has also been added to playlists on CBS Radio network worldwide, TRS247 Radio in NYC. Additionally, the single made the ‘Top Ten Indie Artist’ list with hosts Cris & Alysia and has been nominated by Hollywood Music Awards for ‘Best Alternative Song for 2014’.

Gullickson says he “wanted to capture the essence of this time in my life and hope others can relate to a similar time in their life and catch that taste of heaven.” This inspiring single provokes the listener to imagine their full potential and get swept away it the fusion of pop-punk with whimsical undertones. He best describes his music as “motivational rock” that aims to uplift individuals when they are subject to moments of despair. “It’s good to know the rules but, after a while, you’ve got to break them. The most popular songs on Life Today were also the most creative ones, which taught me that if I let go of the calculated song structure and let the song express itself and take its own direction, I would be giving the song more freedom. This time, I also spent more time searching for new and different sounds that worked within the songs. I love working with MIDI and have extensive sound libraries. I’ve added more dimension to the guitar parts, looking for FX to add the right flavour to the part,” he said.

But how did this ball get rolling in the first place? In the early 2010s, a demo package arrived at the Blue Pie Sydney office from Kevin Gullickson and his band “Radio Drive”. This led to a conversation, which in turn would lead to one of Kevin’s tracks blazing into the shortlist for production. The song had greatly excited Damien Reilly and Chris Garcia, and would help impress the team so much that one couldn’t ever ask for a better first impression. That song was known as “Heaven”.

As Damien says: “Kevin wrote a gem of a song and Chris and I got the polish out, and took the song to a whole new place. Kevin’s vocal delivery was just the right level of emotion required to take the listener on a magical sound ride. The key was working on pre-production and bringing in great session players. The clay we had to work with was great and when we put this all into kiln to bake, we kneaded it all up with a classic track that will now live for many decades to come, generating license sales and radio play. Today, more than ever, artists need to invest into the production of their music. Everyone has a high fidelity stereo system on their mobile phones and the market will no longer accept ‘average’ production as the normal. To compete with the major label charting artists, you need to focus on pre-production, and working with the best you can. I am really pleased with the result my team achieved on putting this great song together.”

Since the song was given a complete super charged overhaul, Kevin’s music career has taken off, and the song continues to achieve great things both in the USA and around the world. Quality over quantity, investing into production, and working with a proven hit production team has made all the difference. And if you don’t believe us, the accolades and awards this song has received will say all that needs to be said.

Heaven was nominated as Best Alternative Song for 2014 by the Hollywood Music Awards, but that’s just the tip of the iceberg. Check out this massive list of awards for Radio Drive, especially for Heaven!

· Aug 2014 – During the last several months “Heaven” along with other songs from Radio Drive have been played on over 60 radio stations world-wide including several feature artist spots. In addition, over 20 web zines have written feature articles and fave reviews of Radio Drive’s music.

· May/June 2014 – Kevin Gullickson featured in an article on The Musicians Friend Hub entitled: “Don’t Fret over Your Feelings (or Freaky Fans)—Starting Out on the Electric Guitar”.

· May 2014 – “Heaven” added to the WOA Records Compilation CD Volume 3 to be released internationally.

· April/May 2014 – Radio Stations from around the world adding “Heaven” to their playlist including stations in Singapore, Wales, UK, Canada and USA.

· Feb/Mar 2014 – “Heaven” to be added to the playlist on CBS Radio network worldwide.

· Feb/Mar 2014 – “Heaven” added to the playlist on TRS247 Radio in NYC. Then making the Top Ten Indie Artist list with hosts Cris & Alysia.

· February 2014 – Radio Drive lands at #1 on the Reverb Nation Alternative music charts and remains there. Nationally at #9 and Globally at #16 and moving up.

But stats aren’t everything. Check out some of these heartfelt praises – Heaven, Gullickson, and Radio Drive have all received mountains of praise from well-known industry legends! Heaven has been described by Chuck Taylor of Billboard Magazine as “a joyous anthem that exudes a blaze of glorious melodic sunshine, with a chorus so catchy you’ll be singing it in the shower.” Devon Jackson described it as “slick pop-ready rock in vein of Depeche Mode via Coldplay” while representing Rolling Stone Magazine and Village Voice. Alive Magazine thinks that “Radio Drive has quickly found themselves on the fast track in the indie rock scene. Keep an eye out for them.” MusicPerk Magazine reckons that “Radio Drive is onto something important about expression through pop music; they deserve to be listened to…” Not to mention that well-respected American music journalist Gary Wein is a big fan of Gullickson’s work. With ‘motivational rock’ growing in fans and making a comeback on our charts, Wein himself a three-time winner of the Asbury Music Award for Top Music Journalist. He writes for NewJerseyStage.com and Jersey Arts, and serves as Program Director for ThePenguinRocks.com, an online radio station spinning indie rock and roll.

A one-man-musical-talent, Kevin Gullickson has had many years of experience on the music club scene, and in recent years has had ample opportunities and ventures. Originally from Rochester, Minneapolis, Kevin has for many years been a regular and admired musician on the nightclub and music club scene. He has been writing songs since he was a kid. Its basically all he knows how to do. He writes from the heart and his music knows no boundaries, and NEVER fails to engage and captivate the listener.

Kevin travelled throughout Europe to develop his own sound and style which he later developed with a band The Blokes, which was an instant success in the Minneapolis/St Paul club scene including First Avenue. Kevin later moved to New York City where he continued writing, recording and playing the clubs as a solo musician. This got him radio play by college radio stations around the country and online stations around the world. During the course of these years, Kevin was wowing crowds with his unique style, as a result he received attention from a number of major record companies and Grammy Award winning Producers expressing interest in Kevin’s music. We can trace a lot of this adoration and attention back to Heaven, which brings Kevin Gullickson and Radio Drive’s musical style together in the perfect summary of godly music.