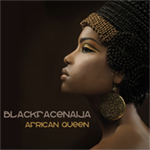 Reintroducing BlackFaceNaija! The best thing to happen to African Queen!

BlackFaceNaija AKA BlackFace (Ahmedu Augustine) first found himself in a completely different field to music. He studied Business Administration and Management (OND) at the Institute Of Management & Technology Enugu. But he didn’t stay there, not with the music stirring in his heart. Eventually, he decided to pursue his passion for music writing and performing, and this has led to his most iconic hit, that of African Queen, which has millions of combined plays across iTunes and Spotify. A remastered version of the track now exists across all online platforms, and BlackFace’s incredible work has affected the music lives of people across the world.

But how did this iconic career start, and how did African Queen get as popular as it is today? BlackFaceNaija, then known simply as “Blackface”, formed the band “Plantashun Boiz” in the late 90s along with 2face Idibia as a member. 2face is one of the biggest acts in Africa to ever cross over to mainstream music in the rest of the world, and together, the duo wrote the highly successful “African Queen”. Later, the duo became a trio when they teamed up with Faze, AKA “Chibuzor Oji”, who still collaborates with Naija to this day. The group then debuted the album “Body & Soul”, which garnered a lot of nation wide buzz! The unique musical aesthetic that the Plantashun Boiz brought into the scene was a smash hit, and they were one of the most successful boy bands to come out of Africa!

Their CDs sold at least 50 million copies, however due to the rampant piracy in Africa, there are no charts to track this. Even so, Plantashun Boiz CDs are everywhere, as a testament to their popularity- piracy, official release, or otherwise. The Plantashun Boiz went on to release 2 more albums “Sold Out” & “Plan B”, and another single titled “The One”. The work of BlackFaceNaija and his crew sprung the Nigerian Music industry into the world of urban sound, and Naija’s personal style followed suit. BFN would eventually go solo in 2003, and after releasing many hits that captivated the African public, he would set the bar in 2006. He released the album- “Jungle Fever”. This particular collection featured many dancehall smash hits like “Mr Police”, “Let The Stories Be Told”, and “My African Queen”, which was originally recorded by 2face Idibia as “African Queen” and was used in the “Phat Girls” movie soundtrack.

Since then, the song has seen all kinds of popularity, including this music video. This version includes a verse that was cut from the original. BlackFaceNaija is doing his best to make this version of the song all his own, and it sounds uniquely like one of his creations, so we can’t help but see this as success on his part! But it’s not the only version, as plenty of others came before it.

An easy classic for anyone’s library, the amazing rhythm, beats, and fantastic chill vibe are sure to make anyone smile. This is an album compiling different versions of the song that the 2Face and BFN duo were most known for, and it’s easy to see why they were known for it. Not only that, but we’re pushing it to radio! Yes, just like Barry Crocker and DL Down3r, BlackFaceNaija’s most famous track is being pushed to all four corners of the world using the following systems: ipluggers, Feature FM, Jango Radio, Radio Air Play Direct, Air Play Buzz, Australian Community Radio Networks and other networks! If it’s not on any given network already, it’s pending, so let’s wait with bated breath!

This movement is creating a whole new life for both BlackFace and his many works, in particular the much-beloved African Queen. Things are looking up for the passionate artist, all things considered – new singles, tons of work being appreciated worldwide, and plenty of new listeners on the way from his new WIP radio campaign! The world will be abuzz with his catchy music, and we couldn’t be prouder of him. We’ll be playing his tracks rain or shine, just as we have for the 16 years that we’ve worked with him at the time of writing! We love BlackFaceNaija, he loves us, and we’re grateful to have him on the team! Especially as it’s a complete package: not only can we support a legendary artist like this, but we can play his own music for our celebrations to guarantee a lit party!

But that isn’t the whole story… for that, we don’t have time, and you’ll have to check out BFN’s full history in his Blue Pie site bio! Are you ready for a walk down memory lane? With African Queen playing, we’re ready for anything, personally! It’s good to talk about BlackFaceNaija once again, and we’re glad he’s still composing the music that has captivated the minds and dancing feet of Africa and the world over for decades now, whether he’s collaborating or going it solo.