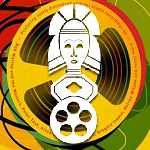 We of Blue Pie Records and Reggae Central TV wanted to express our excitement about a cinematic event that recently graced us! The art and film worlds felt a rumble on the horizon as the Pan African Film/Arts Festival approached, and Reggae fans should have been especially excited for one particular part of the event. Take a look at this piece of history laid bare!

“Political turmoil in the late 1970s forced the Chin family to flee to New York and the recordings were abandoned. Forty years later, a treasure trove of original studio tapes has been salvaged – revealing unique and stunning recordings from the ‘Golden Age’ of reggae, many of which were unreleased and have never been heard before.”

An exciting prospect! Any reggae fan worth their ganja has at least heard of Randy’s Studio 17. If you’re unlucky enough to have not, however, here’s your chance to get a slice of modern Jamaican history and culture, and all the ups and downs of that period gone by! That is, of course, if you were able to attend the event. Or does it really end there? Surely one screening isn’t all they have in them? This is an amazing revelation for reggae fans worldwide and it can’t be allowed to be lost to history again! Well, we’ll just say… fingers crossed, and we’re all very excited to see this film hit the market! They can’t just keep it to this one festival, there’s no doubt that they’re gonna release it to the public in some shape or form. And with the spotlight firmly on ‘Bob Marley & the Wailers, Lee “Scratch” Perry, Peter Tosh, Gregory Isaacs, Dennis Brown, Alton Ellis, Carl Malcolm, The Skatalites, Ken Boothe, Lord Creator‘, and even multiple grammy-award-winner Native Wayne, this slice of musical culture just got a lot fresher and bigger! Any reggae fan can’t afford to miss learning about this heritage!

Maybe our very own Jah Mason can join these prestigious ranks one day, and become part of the annals of reggae history? We hope so! The man has enough talent for it, he just needs a good break, just like Native Wayne, Bob Marley, Carl Malcolm, and many other reggae artists of the age did!

Maybe if we keep our ear to the ground and to the PAFF Twitter, we could see a potential release date for this film to the public. Or maybe there’s some more hints and points of contact in the original article featuring this trailer? Why not visit the amazing PAFF site and find out?

You can certainly see a ripple in the reggae scene with this film. We’re craving for more over at Reggae Central TV, and of course our Blue Pie twitter will be keeping an eye out for more word! This is musical documentary heaven and is sure to be a staple flick for any reggae connoisseurs for many years to come.