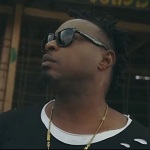 Eedris has been in our sights lately, considering the ground he’s been breaking with Country Hard and Southern Kaduna Killings! These releases have been going really strong lately, and with the quality they exude and with the issues they cover, it’s little wonder that Eedris is seeing stardom from them! But it’s time for something fresh, something spicy and new. Be careful what you wish for… because we have exactly that for you with “Chalie Be Careful”.

Featuring Myke Pam, this single is yet another example of Eedris’ ability to  broadcast a message loud and clear, while still managing to throw down a sick beat, all through the power of music. But why stop at one example when we have two? Coming in red hot is Afakulu!

As Eedris’ team says about this one: “The sad and most regrettable trajectory of Afrikan underdevelopment, divisive and unproductive politics and litany of bad governance, coupled with the overall high-handedness and corruption driven insatiable quest for more powers and material acquisitions of Afrikan leaders forms the theme of this new single from the the Nigerian Hip Hop Czar and Rights activist, Eedris Abdulkareem. In “Afakulu”, the artiste hails the doggedness and never say die attitude of a select number of freedom fighters and unrepentant activists and social crusaders who are in the forefront of the struggles, while denouncing the greedy, sit-tight and vision less leaders who have constituted themselves as clogs in African’s wheel of progressive.” As you can see, both of these tracks are excellent examples of how Eedris can make a sweet beat while saying what needs to be said! Many an activist has been shunned because people just won’t listen to the messages they need to hear? Short attention span? Need for constant alleviation of boredom? Whatever the reason, the antidote is speaking the message in the form of stellar entertainment like Eedris’. If there’s someone you’d want in your corner when the walls fall down, it’s him and his crew.

Eedris makes no compromises to his integrity, whether it be musical or political! Eedris Abdulkareem has always been known to be an artist who knows how to meld an important moral and beautiful music into one catchy and deep fusion. One could say he is like a spiritual successor or an estranged brother to Femi Kuti, as he knows how to pull in the crowds and tell an important message at the same time.

These releases are now available on Spotify and all major online streaming services and retailers, and of course the music videos bring home the fire beats, all while honouring how serious the theme of the song is. Eedris Abdulkareem is an inspiring rapper with an amazing history behind him, and many classics of his such as “Jaga Jaga” and now the “Say No” series and “Country Hard” illustrate his great musical ability. He is not afraid to speak out for what he believes in and is truly a commendable artist. Watch this space, because there’s more where this came from, heartfelt messages and all!