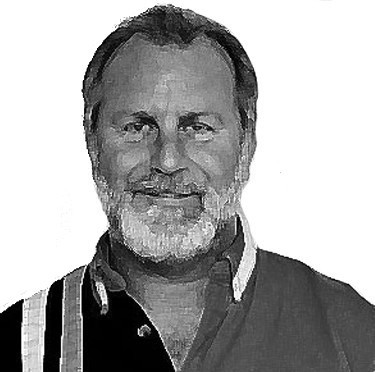 Mark was born in Virginia, raised in North Carolina and finished high school in Tennessee–a true “wild-eyed southern boy”. His musical background started when he was twelve years old, playing clarinet and saxophone in school bands. At the age of fifteen, Mark started playing guitar and singing. After high school, Mark spent twelve years playing with military bands in Korea, Japan, Germany and the United States. Mark has also played several concerts backing “The Temptations” and working with many iconic acts over the years.

Mark has enjoyed a very successful career playing in Bands and performing solo for the last 28 years. Mark has worked with (and also led his own) big bands, Jazz combos, country and rock bands covering almost all genres of music. In 1996, Mark started his publishing company, Choo-Choo Seven Musik u. Verlag. Besides recording and marketing his own songs and CDs, Mark has also helped several bands and artists in securing P & D deals to release their own CDs. Mark has also helped songwriters find co-writers and has helped in placing songs with other artists.

In 2009, Mark took over four independent labels: Amazing Records (Country), Castle Road Records (Jazz, Pop, Schlager, Singer/Songwriter), Blade Records (Rock, Hard Rock, Metal) and Country Lane Records (German Country and Bluegrass). Mark has been able to keep his artists in the European Country Charts as well as in the German and Austrian Independent Schlager Charts. Mark is constantly looking for new talent and new songs to work with and promote. As part of the Blue Pie Country Music Team for Europe, Mark works with Damien Reilly and Stephen Wrench to develop and now joins the Blue Pie Europe Team to help grow and develop his label ” Castle Road Records ” with the help of the Blue Pie Global Partner Network. Castle Road Records is a Blue Pie Label Partner. Mark is a keen fisherman and when he is not working on music you will find him working with the family playing tennis, skiing or just sitting back and chillaxing out to some great Country Music from Castle Road Records. For more information on Mark you can visit his label website at www.castleroadrecords.com