Charass and Davido are amazing! Coco Butter is growing exponentially!

Charass has caught our eye previously with his Afropop styling, and here’s why! He’s simply amazing, just look at the growth on Coco Butter!

It’s live RIGHT NOW on Spotify and all other major streaming services and retailers, and in a matter of a few short weeks, it’s already hit over 300k plays, and is almost at 400k! Davido is great in the song too, as you’d expect from one of the biggest names in Afropop, and it’s undeniable that him and Charass make a formidable duo. Good to see that it’s still going strong! After all, Charass is one of Africa’s rising stars under the John Peace Media Management Team, so it makes sense that he’s up there. His management co-artist is Tekno too! There’s so many big names involved with all of this!

We’re throwing our hat in the ring too, and we’re promoting Charass and Coco Butter as hard as we can on radio, pumping out the shoutouts as hard as we can! We seem to be seeing the results to a degree, so hopefully we can close out 2020 with 400k and above! With how rapidly it’s growing, that hope isn’t too farfetched, either!

There’s a slick kind of style involved with all of Charass’ work, one that only comes from artists living their dream. Yep, he loves every second of his work, and we love to watch him go too! That’s why we’ve followed him on Youtube and Spotify… He’s impressed us, and now that we’re intrigued, we don’t wanna miss a beat!

If you wanted to follow along, check Charass out on social media! We haven’t heard the last of him, either way… and good thing, too! 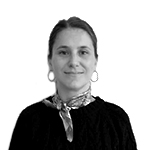 Welcoming Carola to the team! 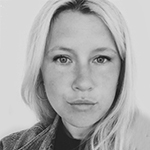