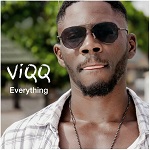 ViQQ, aka Victor Gborge, has worked with some of the best in the music industry, and it’s always a pleasure to see him dropping a new release… last time, we checked out his single “Down For Me”, and we’re definitely fans of it.

But that was a LONG time ago, and ViQQ has NOT been dormant in any capacity since then! He’s been constantly grinding, and belting out multiple releases of increasing quality. Everything from original tracks to covers, ViQQ is here to make the haters QQ right outta here son!

But that’s not all. ViQQ has some new plans in the works and we’re super hyped for when they come to fruition. What we know about is a mysterious release known as Shy, but also a big ball of hype that we’re very much looking forward to: an album called EVERYTHING!

This is going to be a colossal collection of, well, everything that ViQQ has ever released, all in one place! Don’t want to pick and choose, and just wanna jump into the fire beats that ViQQ blasts out? Everything is for you! When it drops we’ll definitely be playing it loud. And if you’re uncertain, check out ViQQ on Spotify and iTunes to see what sort of things are in store for you. See the pic on this article? That’s the album cover! So keep your eyes out for this pic in the next little while, and keep following ViQQ’s networks so you’ll be the first to know about this humongous compilation of all the good stuff!

But if you’re new and need to be brought up to speed, ViQQ is an Afro-RnB fusion artist. He is Nigerian, and originally from Delta State, but was born in Lagos State, in 1994. He makes dance-hall music.

ViQQ started out writing lyrics to rap songs when he was in secondary school, (2005) and started recording music since after he graduated from secondary school (2010).
ViQQ dropped a mixtape of 11 songs titled “REALM” in 2018 on SoundCloud and Deoolest.co which featured Logik, Pelle Shine, Chorus, Chuza, Larry Foreman, DJ Nash, Kvtchi. Our very own Nedjon brought us in contact with him, originally!
As you can see, ViQQ is a shining star that just keeps getting brighter, and we can’t help but watch him go! Keep an eye out for EVERYTHING, as everything comes together in a viqqtorious explosion of music!
=========================