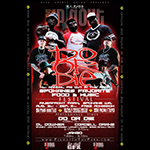 August Cali may have been cancelled, but the DL Down3r crew are gonna make Spokane their own! PIG OUT IN THE PARK!

You may have seen this poster a while back in one of our previous tours and in our social media posts… well, much to our disappointment, we have to announce that this show is cancelled:

Sorry to all Cali fans out there… you’ll just have to get new plans for the 26th. But there’s another potential solution for you… head on out to Spokane for the famous PIG OUT IN THE PARK festival and catch the crew there, instead! And this time, IT’S FREE!

September the 4th is promising to be a hell of a treat! We already have word that something like 133K people are set to attend! One might say that this is a DO OR DIE musical opportunity. Although the Cali August show got cancelled due to circumstances beyond control, this one is looking to be smooth sailing and ready to happen – as we say, it’s during the Pig Out In The Park event, and it’s all ages… if you want tickets, check out the posts we’ve embedded above. You won’t wanna miss this if you’re a fan of ANY of the guys in that poster! Besides, if this event is anything like the last one where the crew got together, we’re sure it’s gonna blow the roof off Spokane! Can’t wait to see you there! But what about those readers who haven’t heard about these talented rollers and what they do?

We’ve talked a big game about a few of these artists in particular in the past, and a refresher course might be just the thing you need if you’re indecisive about buying tickets for this once-in-a-lifetime event. Down3r and Uno Tha Prodigy have rocked many awesome and emotional singles together before, and the recent UNDEFEATED with Cordell Drake and Stone P is absolutely killer. We know T. Davis from his collaboration with DL Down3r and Lokust Luciano, that being the mellow track High On You, and of course Lokust Luciano has been turning heads his way with his latest releases all over the shop.

From powerful messages, lyrical poetry and sharp comments on society, to G-funk and Trap/EDM hype songs, he proves that age and experience is the opposite of a liability in today’s rap game. Blast it loud, get ready to feel something, and rest assured knowing that hip hop never died! For evidence of that, just be there at Pig Out In The Park and be ready for Spokane to get a wakeup call like it’s never had before!