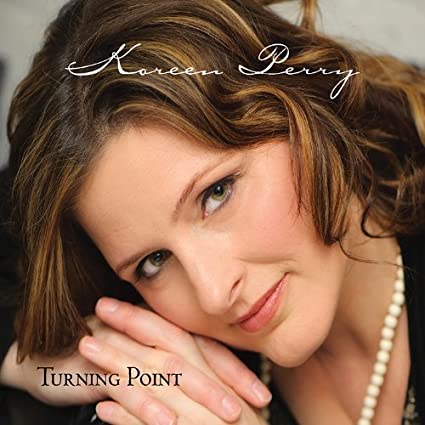 Koreen Perry was born and raised in Edmonton. The Canadian singer/songwriter is from Edmonton, Alberta and has been passionately involved in music and acting from an early age. From living in Edmonton to Calgary and area and Australia for six months, no matter where Koreen has been based, she has always surrounded herself with what she loves. After raising a family and the encouragement of a grant from RAWLCO radio,Koreen produced her first CD with her first originals and covers consisting of a country-pop, retro-pop style with a hint of jazz and adult contemporary works.

Koreen’s first CD was a self-titled project that has her first originals, along with her own brand of beautiful, easy-going country-style cover tunes, including artists such as Olivia Newton-John, ABBA and Fleetwood Mac. “Koreen Perry’s heartfelt vocals are the star here. ‘Face to Face’ is a perfect track for her to shine, with this ballad of depth and hope. The follow up,  ‘Turning Point’, another tender ballad, meshes notes of adult contemporary, easy listening, and for good measure, a bit of country. The Ep is balanced nicely with the jazzy, pop-emo ‘Playing My Emotions’ and the edgier, rocky ‘Law of Attraction’. Overall, a nicely crafted group of electric calling card singles.”

A&R Select “Freeze Time” was Koreen’s last single original release in 2013. And again is a huge success in encapsulating her signature sound of easygoing country-pop ballads, with a classic country/blues twinge. This track is released by Blue Pie Records with whom she has recently signed with, and is available worldwide.

“Turning Point,” the title track of her next album, was put together and released of all of Koreen’s first originals in 2014.

Koreen performed at Canadian Music Week in Toronto for two shows in 2013, and frequently performs live at cafes, private functions, bars and festivals around Alberta, including regular appearances at the Edmonton Airport. She continues to focus on her singing, song writing and recording. Koreen along with Blue Pie Records recently released her brand new original single “Lucky,” recorded in LA! Her latest catchy country-pop song is sure to stick in your head. You can see the details of the release in the press announcement below.