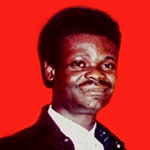 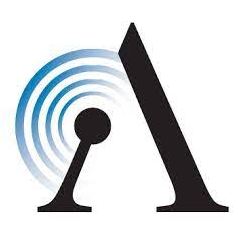 Maxwell Udoh was one of the best things to come out of Nigerian music culture in the 80s and 90s. Born on the 29th of August 1959 and passed away on the 18th of December 2014, his 55 years on earth were a memorable time that resulted in many contributions to the musical heritage of Nigeria, and the messages he spread through his lyrics are still treasured by the downtrodden even today. The first African to sing true reggae music for a career performance, Maxwell Udoh was a beloved pioneer, and his musical quality holds up to his reputation well.

After he left Oron’s Methodist Boys High School in 1980, Rasman Maxwell Udoh jumped straight into the world of reggae, as his uncle Patrick Peter Udoh took him under his wing. As a professional reggae musician with The Doves Rock Band, Patrick taught him all he could until the band’s dissolution, which prepared Maxwell for the trailblazing career that he would soon be embarking upon. Rasman Maxwell Udoh and His Masses Militia Band would soon rock Nigeria with their debut album Forward Ever, Backward Never. The fame that Maxwell would claim from this would skyrocket him into his election as chairman of the Performing Musicians Association of Nigeria in Abia State. As a naturally inclined musician and charismatic leader type since childhood, his journey is a series of natural progressions that sequentially delivered to him the many stages of the recognition he deserved.

Blue Pie have released several of Maxwell Udoh’s tracks, both in terms of standalone albums and featured on compilations. His music is always a hit when we feature him on our Sound Waves From Africa series, especially the success that was volume 26, but that’s just the tip of the iceberg. Some years ago, we acquired some very special rights – those to the vinyl and album compilation known as Late Night Tales: Khruangbin! Maxwell Udoh features on track six, “I Like It (Don’t Stop)”.

Compiled by Khruangbin, this album is the latest in the Late Night Tales series, a saga which has featured heavy-hitting names like Jamiroquai and Snow Patrol in the past. Blue Pie are honoured to have Maxwell Udoh considered for this, especially considering the success he’s experienced on our Sound Waves From Africa compilations! The man is a reggae legend who just won’t stop being seen as the cream of the crop, even posthumously! Fans of Maxwell will be proud that he was chosen as a representative of Nigeria for the album. Being featured on the same album as an immensely popular Kool And The Gang cover by Khruangbin is a great accreditation for Maxwell, and a big deal to say the least! But even beyond that, Maxwell Udoh’s independent albums and singles are classics for the ages, and stand firmly and triumphantly as paragon examples of the best of Nigerian music.

Rasman Maxwell Udoh was renowned as an advocate for social justice, as well as one of the first few Africans to sing authentic reggae. Fresh from our collaborations with Nedjon and the Iroking catalogue, “I Like It (Don’t Stop)” is our personal favourite track of his, and the incredible music we have published for his catalogue overall helps tell the story of a man who was larger than life, and is cherished both in Africa and the world over to this day.