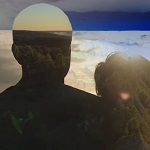 Big River, Chadwick's song with a Big heart, gets a music video from Soularflair!

Chloë Chadwick is an artist that may well be on the minds of country fans all across the world right now. Whether you’re just discovering her, or whether you already knew her from her critically acclaimed album Dustbowl Jukebox or her hit single Big River, there’s something truly magical about her music. You can see this clearly exemplified in the latest music video from Soularflair… finally Big River gets the same treatment that Sam Pollard, Southpaw, Danny Vash, and Sahra have gotten!

This video showcases many beautiful shots of rivers in serene natural backdrops. A fitting aesthetic for this song! Clearly inspired by the likes of Florence & The Machine and Melissa Etheridge, Chadwick has taken a theme and ran with it, expanding upon it and making it hers. Just how much that counts for can be seen in the thousands of plays this song has received on Youtube and Spotify already!

In 2016 and 2017, Chadwick was nominated in the “Best Female Artist” & “Best UK Country Act” categories at the UK Country Music Awards, and it’s clear to see why. Her own distinctive blend of music effortlessly blurs the boundaries between Americana, country and pop. She has played prestigious venues such as The Sage Gateshead, Dublin Castle Camden and Festivals such as SummerTyne, C2C, & Beverley Folk Festival where she has performed alongside such renowned acts as The Shires, Ward Thomas, Striking Matches, Gretchen Peters and Emmylou Harris, to name but a few. All her songs find their own identity, be it rooted in pop, rock, country, blues or soul, and together, they are testament indeed to the versatility of Chloë’s vocal capabilities, as she effortlessly takes us on a musical journey every time. She’s no stranger to topping the charts, so it’s great to see her finally get the video exposure that she deserves, especially for one of her biggest hits!