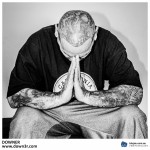 The world needs more Suga Boom Boom, and that's exactly what it's getting!

By now, this album is probably a familiar sight, to those of you who have been following our updates!

And it may just be a familiar sound to those of you who follow the radio! You may have heard his tracks playing in stores or gyms, or perhaps on a long interstate journey if you’re living the trucker life. This is all thanks to a series of brilliant radio stations! For starters, the excellent MARELL Mediasystems from the Netherlands has added Suga Boom Boom to their system! Going even more global than before, considering a good chunk of the fans on the Down3r official fanpage are from outside the US! And of course the one, the only, the legendary MoodMedia themselves have had Suga Boom Boom played in 580,000 in-store radios worldwide!

It doesn’t stop there. Trend Music have also had Suga Boom Boom played in all of their B2B radio stations, and ClubCom has been rocking Down3r in numerous health and fitness facilities! Suga Boom Boom will be stored in their central digital library, to be played in their 4700 venues in North America. Is that all? Of course not, there’s more! The iPluggers radio campaign has also been going extremely well!

Fans can now Shazam when they hear Down3r’s soothing voice playing in a store, or in a gym, or anywhere where radios are to be found! They can then know, if they don’t already, that DL Down3r is THE hip hop man to follow! We’re expecting interest to grow rapidly from here, and things are looking quite bright for DL! And for the radio stations of the world, of course – they’ll have some amazing tracks coming their way!

But in case you’ve been living under a rock, you might be wondering who DL is and why you should tune in? Wonder no further- consider this a tutorial in supreme hip hop!

We’re sure that you’ll fall in love with this song as soon as you put it on. It’s his most popular viral hit for a reason! Bump Suga Boom Boom with pride and get lost in its catchiness!
There’s a reason that DL’s music has qualified for a movie placement- the songs have true quality.

And if you wanna see said quality live and in-person, you might be lucky… we just happen to have two new tours coming up for December, with possibility of a ticket giveaway for one of them! You know what to do.